Think of it. A total stranger has entered your home. A space we would like to think and feel as private and safe. And not only has this stranger entered your space, though as in most cases, has rummaged through your private belongings in search of money and/or valuables such as jewelry. Most times the burglar targets the master bedroom, as it is where he or she has the best chance of finding those things you hold most dear. Many victims report the loss of family heirlooms that had been in the family for generations. I can’t tell you how many victims I dealt with that told me they felt totally violated. Many victims spoke of having trouble sleeping at night for days and weeks following the burglary. Some sought psychological counseling.

After years of investing burglaries and working with burglary victims, I felt it critical that I do everything in my power to not only carry out my sworn duty as a law enforcement officer in bringing criminals to justice, though also to find a way to make citizens more aware of this crime and its effects.

It is my hope that you the reader will be able to acquire the knowledge and awareness needed so that you may either avoid becoming a victim, or if not, be able to reduce the effect of this very personal crime.

I am a twenty-nine-year veteran law enforcement officer.  I began my career with the Miami-Dade Police Department in Miami Florida where as a patrol officer I was first exposed to handling burglaries.  Early on I had the honor of working with various specialized units including, the Crime Suppression Team, Crime Prevention Unit, Narcotics Bureau to include a drug Task Force assignment and ultimately assigned as a detective to the General Investigations Unit.

I had the opportunity to accept a position with the City of Gainesville Police Department where I served as a patrol officer, field training officer, crime scene technician and ultimately the Negotiator Response Team.

Over the span of my career I pursued a passion for teaching not only as a field training officer, training new recruits out of the academy in their transition from the classroom to the streets, though as a Human Diversity instructor at Santa Fe Community College in Gainesville Florida, Driving Instructor at Miami-Dade Community College (Basic Law Enforcement Class), and conducting In-Service training for First Responder AED/CPR for the Miami-Dade Police Department.

I returned to work for the Miami-Dade Police Department assigned to a Community Oriented Patrol Squad (COPS) and later accepted a position as a detective with the General Investigations Unit with a dual role as a Hostage Negotiator with the Miami-Dade Special Response Team commonly known as “SWAT”.  It was during this time, that it became clear that our Department needed to provide more of an emphasis on burglary.  Thus, the Department created a “Burglary Unit” specializing in residential and commercial burglaries.  I was among the first detectives assigned to the unit and for the majority of my career, conducted every aspect of burglary investigation from taking the initial report, to processing the crime scene, to leading the pursuing investigation.  I arrested and interviewed thousands of burglars giving me the ability to enter the mind and conscious of these criminals and reveal what everyone should know about this debilitating crime.

Catch me on Miami Swat : Episode 5 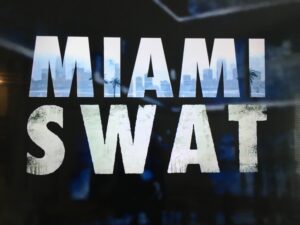